What is Crowdfunding? (I)

Crowdfunding could also be called collective funding or micro-philanthropy. Wikipedia defines it this way: “Collective cooperation carried out by people who form a network to obtain money or other resources, typically using the Internet to fund efforts and initiatives by or through people or organisations”.

Basically it means pre-selling with a goal—to raise a certain amount of money in a specific time period—and to raise this money, rewards are sold to the funders. Normally it operates in all-or-nothing mode: if the total estimated amount needed is not reached, payments are not triggered and the project appears as failed; neither the donors nor the project originator are charged anything. There are many modes, and here I list the best-known of these.

How to present a Reward-based Crowdfunding project

Things to keep in mind at the outset 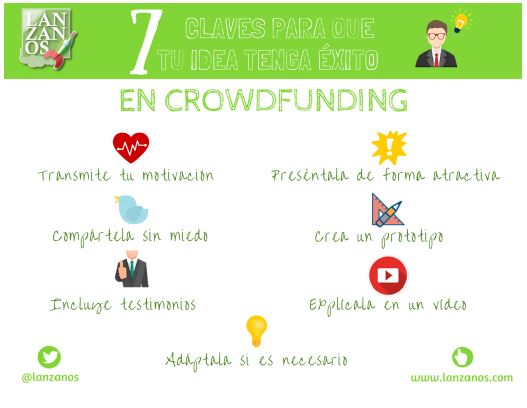 Phases in the development of a Crowdfunding campaign

Stage 1: Preparation of the product to be launched in the crowdfunding campaign

Phase 2. Preparation of the crowdfunding campaign

In addition, it will be necessary to plan the work to be done after reaching the target. The product must be made a reality and delivered to the funders as soon as possible

Phase 3. Preparation of the marketing campaign

Phase 4. Kick-off of the campaign

When the moment of truth arrives, you will have to give it your all to ensure the success of the crowdfunding campaign. Accordingly, it will be necessary to use all our power at the dissemination level and follow up with the people who come onboard to collaborate in the campaign, so that they can also help us achieve virality.

It will be necessary to be very attentive to the comments received and to answer all the questions that arise among the people that show interest.

Phase 5. After finishing the campaign, we will need to do the following 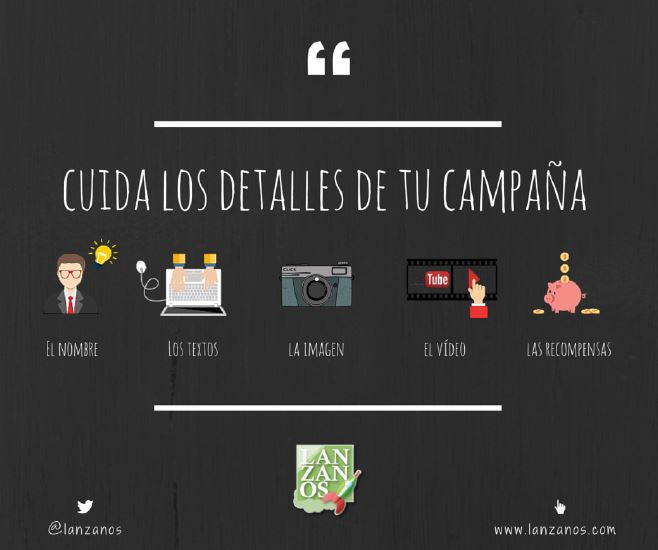 Colour in beverages: a driver of consumption

With beverages, other senses besides taste come into play, particularly sight. If a beverage is “Instagrammable” and its colour appeals to the...

The design of the labels on beverages is everything. To the point that the consumer leans towards one product or another based on its packaging,...

Outsourcing: reasons for doing it

Outsourcing is being adopted in many organizations. The reduction of risk, the lowering or establishment of fixed costs, and even the efficiency of...

Agile. A system for R&D in beverages

Have you heard of the Agile methodology? It’s an agile and dynamic system for developing any project, and it’s now being implemented in and...

What is CrowdFunding? (II)

In this second blog entry dedicated to crowdfunding, we break down the keys to success to carry out a good crowdfunding campaign. Keys to the success...