A local connection for beverages: is it an added value for the consumer?

Why is the consumption of certain beverage brands higher in some areas than others? Might it be related to the climate or cultural circumstances, or is it purely tradition? Does regionality really play a role? Does it represent an added value for the consumer? We analyse these and other issues to find out in the following post.

The passion consumers feel for certain brands of beer, soft drinks and other beverages from a region is a reality.

The fact is that a local connection for beverages exists and that certain factors such as proximity and the manufacturer’s commitment, or the use of local raw materials whose results make the product more attractive to the inhabitants of an area, determines preferences in some places more than in others.

Following the example of our geography, we draw and divide up the map by zones. Let’s take a look at the beer panorama (without forgetting that it’s the cold beverage most consumed outside the home) and, for example, what happens in the case of other beverages, like milk.

No one really knows whether it’s purely marketing or not, but certain brands work better in some areas than in others.

The beer map in Spain

The Kantar Brand FootPrint report reveals that Mahou, in 18th place on the list of Spaniards’ brand preferences, is in first place for beer. It’s the most consumed, and in the central zone it’s positioned as the favourite of Asturias, Castilla y León, Madrid and Castilla-La Mancha, along with the Balearics. 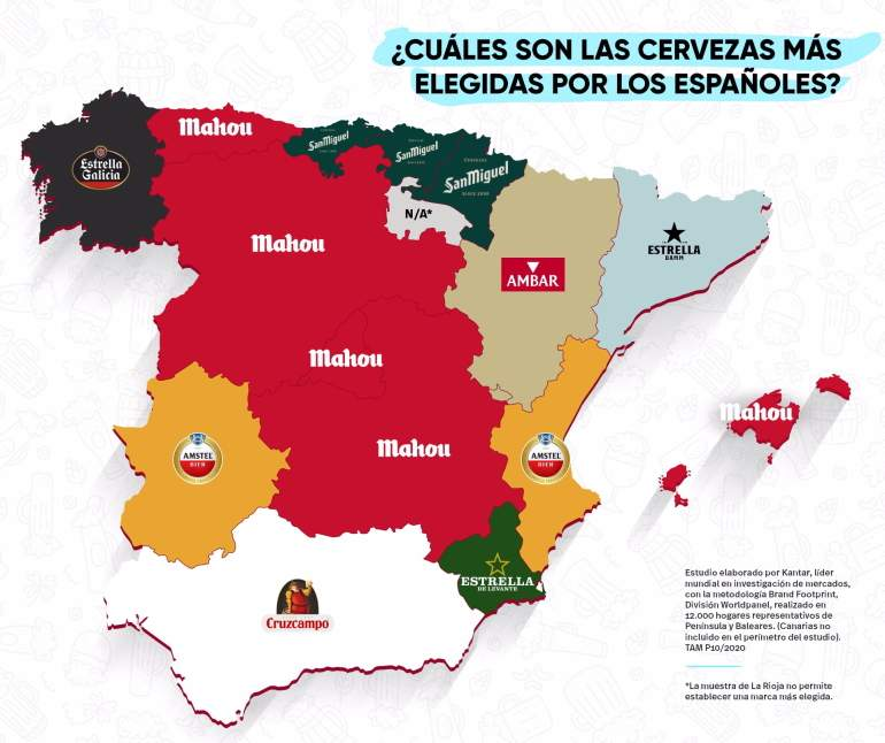 It is followed by its partner brand from the same group, San Miguel, as the most consumed beer in the Basque Country, Cantabria, Navarre and the Canary Islands. Andalusia goes for the CruzCampo label and other communities, like Galicia (Estrella Galicia), Aragon (Ámbar), Catalonia (Estrella Damm) and Extremadura, along with Valencia (Ámstel), divide beverage consumption by communities.

For milk and other beverages, we see a similar situation

Milk is another beverage that most divides territories. Although by brand, general domestic consumption is different and the figures are different, a certain preference for buying milk from the local area does exist. This occurs with Kaiku in the Basque Country, Central Lechera Asturiana in Asturias, Leyma in Galicia and Puleva in the south.

1. Connection to the area

The local connection of consumption of most beverage brands is likely related directly to the identifying traits that mark very powerful points of connection and produce a greater attraction for the consumers of the area.

The different marketing strategies for these beverages draws on everything about them, including the name, the history of the brand itself (for example, Cervezas Mahou with its brewery in Madrid), the formulations, the names of the beers themselves and even the ingredients or typical products contained in the different recipes. In the case of Fábrica de Cervezas Estrella Galicia, which has created a campaign under the motto of trying out new sensory experiences, has opted for beers with ingredients that are intimately related to the region. For example, their Pulpo Á Feira and Pimientos de Padrón beers for the more adventurous beer-drinkers.

The La Salve Bilbao craft brewery expresses its regional identity in the names of its different launches. La Salve Botxo, La Salve Txirene and La Salve Txirimiri are some examples. 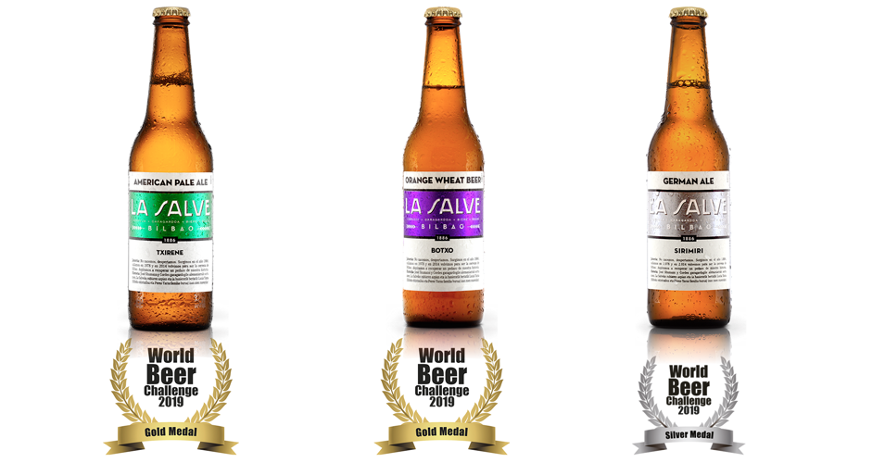 Kilometre zero beverages are those included in the category of proximity products, meaning that they are produced and consumed in a radius or nearby area within a distance of 100 kilometres. They are local beverages that derive their identity and characteristics from the place where they are produced. The producers opt for the manufacture of seasonal items, the majority of them organic, in which production and transport is regulated by a set of rules that guarantees that the products are natural, free of chemicals and toxic elements, thereby ensuring that they protect the environment.

3. Economy for the local area

One of the main advantages of local consumption is that the profits, from both production and distribution, stay in the place of origin. This represents a boost and source of growth for the local economy. Mahou San Miguel will invest €6 million in its brewery in Alovera (Guadalajara), with the goal of promoting the province’s economic development.

Barrel-aged beers: a brewing technique on the rise

In the search for new flavours, the craft sector has rediscovered the qualities of wooden barrels in the beer brewing process. The results are nothing...