The sports drink industry is going from strength to strength. Having long been a staple for elite athletes, the running boom, take-up of certain fitness disciplines and CrossFit, and even ordinary people incorporating physical activity into their daily habits have all meant that the consumption of these drinks is gaining ground among regular exercisers.

Leaving to one side for a moment whether these liquids are strictly necessary or are simply a marketing gimmick, they have been objectively shown to contain ingredients with proven results for recovering and rehydrating when exercising, especially during very intense activity.

What are sports drinks, and what are they for?

The sports drink segment is so vast and varied, they first need to be broken down by category. According to Wikipedia they are also known as isotonic or electrolyte drinks, and are defined as those that help with rehydration.

They usually include low amounts of salts, in the form of sodium chloride or sodium bicarbonate, sugar or glucose, and usually potassium and other minerals. They all contain ingredients that help water absorption, essential for proper system functioning and recovery.

Prevailing Spanish legislation (Royal Decree 1444 of 31 July 2000) includes a section on food suitable for intense muscular exhaustion in athletes. Basically they aim to:

Their definition is important, as they are often confused with energising or stimulating drinks, and this kind of beverage for athletes does not contain any stimulating ingredients.

Beverages and sport: how have they evolved? From niche to mass marketing

Sports drinks have undergone a complete revolution. Ever since Gatorade appeared on the scene as the first sports drink of this kind in the 1960s, based on sodium, water, sugar, magnesium phosphate and flavoured with lemon, the industry has not stopped churning out new offerings and reaping the benefits.

As we have already said, consumers are changing their habits, and products that initially were suitable for a small group of elite athletes have now extended to other market niches. High performance professionals who regularly practice sport drink them as a way to disconnect from their daily obligations, as do those who do not normally consume them as a lifestyle choice.

This minority consumption is shifting and transforming to become consumption en masse. Marketing areas have quickly cottoned on to this and pinpointed the circumstances causing the increased appetite for this beverage.

Reasons such as including daily exercise and taking sports nutrition seriously to improve performance and results, product claims for keeping weight down and instant shots of energy to cope with newer and more stressful lifestyles mean sports drinks are increasingly gaining ground.

The outlook for the sports drink industry

Now the next question is, what’s in store for the sports drink industry? At first glance the future looks undoubtedly rosy. Sports drinks were valued at 22.37 million USD on the global market in 2018 and forecast to grow (with a CAGR of 7.8 %).

Trends for keeping fit and in shape are on the rise in emerging countries, hence the expected increase in production of these beverages.

There are also the new and improved natural formulas (for example, some low-calorie beverages which simply provide salts). These really tip the scales in their favour and satisfy the demand for natural and organic products, which in some ways are those which hinder the market, while on the other hand are what makes manufacturers try and add value to their new launches.

One of the main reasons why this kind of product is consumed is to recover hydration levels after practising sport, due to dehydration and sweating.

To understand this a little better, it affects how water moves during the activity and how it passes through the cell membranes (separating the inside and outside of a cell and acting as a filter to allow the passage of certain substances and hold back others). This action is known as the process of osmosis. So, in light of this phenomenon, sports drinks are divided into three main groups:

Isotonic sports drinks are those with a greater concentration of salts which re-establish the minerals lost due to sweat, to keep hydration levels in check. These are usually recommended when the activity lasts for more than one hour.

These drinks, with a lower concentration of salts than isotonics inside the cell membrane, or rather, the concentration of electrolytes is lower than that in our cells. These also aim to rehydrate, but are recommended in this case for lower-intensity exercise with less sweating, because less liquid will be lost. If the activity is more intense they can be taken before, at the beginning or after it has ended.

Who is leading the sports drink market?

The pandemic has meant that the more powerful brands have changed their strategies regarding how to enter and continue carving out their niche in the market. Zero-sugar drinks, the proliferation of personalised beverages and increased concern for health has meant that brands are focusing on attracting the greater public.

1. Pepsico and its undeniable leader Gatorade top the list

Its advertising slogan presents itself as the most tried and tested formula for recovering electrolytes lost during exercise. But at the same time it is aware that it has had to bring itself in line with the times, which explains the launch of its organic version in 2016 and zero option in 2018.

Coca-Cola’s greatest success in this area has been Powerade which obviously also has a zero formula, and been sugar-free for much longer than Gatorade.

In 2020 it launched ION4 which replaces the electrolytes lost in sweat (sodium, potassium, calcium and magnesium), and also Powerade Ultra with longlife creatine, amino acids, vitamin B3, B6 and B12 and 50% more electrolytes than the ION4 version.

There is also Powerade Active Waters, a water enhanced with ION4 and vitamin B.

Another strong contender from the company is Body Armor, created in 2011 by Mike Repoil and Lance Collins (who were joined by the late Kobe Bryans in 2013).

This is positioned as a drink free of artificial colourings, with potassium, electrolytes, vitamins and coconut water. The BodyArmor Lyte Sports Drinks also come in various types: water, a premium BodyArmor SportsWater, and BodyArmor Edge, which has a kick of caffeine (100 ml.).

Other brands are also doing well in the market, as well as the drinks sports giants. Such is the case for Nooma, based on organic electrolytes, with fully natural ingredients and no added sugars.

The Clear Whey is a protein-based product created for consumption after high-intensity training. 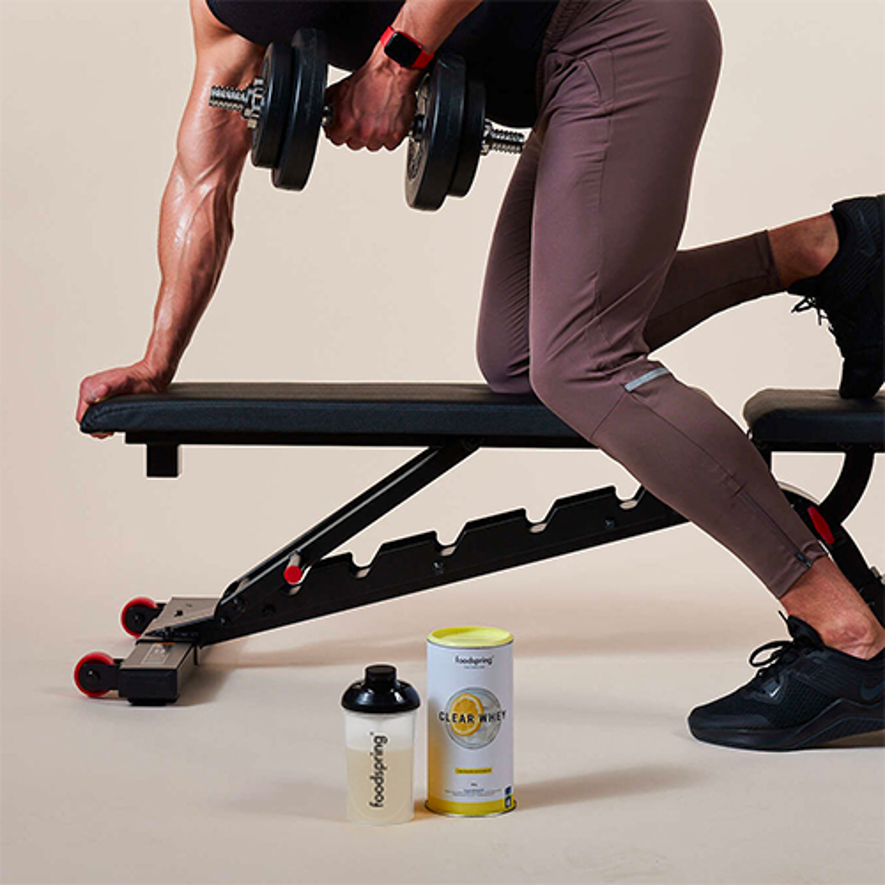