Hybrid Beverages: the dividing lines between subcategories are getting blurry

The lines that clearly separate a series of well-defined beverage categories is starting to get blurry. Hybrid beverages are a fad that comes mainly from the United States and they’re now being aggressively imported to Europe.

The flood of fruit juices with tea or mixed with different vegetables; the multitude of energy drinks with ingredients like chia, coconut or other natural products; and even milks of animal origin mixed with almond or oat milk or other elements, are a few of the most representative examples of a new market emerging under the catchphrase of products with multiple health benefits that are being adopted with a guarantee of quality. These are very appealing products for the public, as they offer sufficient trustworthiness and dependability for consumption.

Hybrid beverages, besides expanding the market, mark a before and after in the industry, all with the goal of meeting the demand of a consumer that is much fussier and has radically changed its habits, tastes and preferences.

Amid so many claims, it’s hard to know at the moment if we are looking at a tea, a juice or a carbonated energy drink. Let’s take a look at what’s happening and clear up a few things…

Hybrid beverages, a bit of chaos with respect to categories

Hybrid beverages can be defined as a class of beverages that are ill-defined—halfway between one category and another—and cannot be categorised or included in a specific group of existing ones.

They are appearing as a necessity to satisfy the demand for healthier products that aim to combine the best of two worlds: products that are low in calories and with the health benefits of certain ingredients, for example tea, and pleasing flavours and the indulgence of ingredients like fruit.

As a result, several fronts exist, and an attempt is being made to define the most important groups.

1. Dairy and plant-based beverages. What does the future hold for them?

Concern over the environmental and ethical impact of dairy production has led to a search for new plant-based alternatives (proliferation and popularity of production and consumption of soy, almond, coconut or oat beverages, among others—today there are all types: flaxseed, canary seed, spelt, etc.). At the same time, there are die-hard coffee-drinkers who need milk in their coffee.

The coffee service sector is increasingly becoming linked with the consumption of plant-based beverages. Establishments realised some time ago that the public is demanding healthier beverages, and it’s uncommon for them not to serve them. For example, the Honey Oat Milk Latte and Brown Sugar Oat Milk Iced Shaken Espresso from Starbucks, which combines coffee with oat milk, have become classics.

However, the company recently faced a shortage of this new non-dairy alternative from Oatly, the Swedish brand it has been working with since early 2020. Oat milk has been a trend for several years. It is the one most commonly used for mixing with coffee because of its texture and consistency. Very similar to cow’s milk, it is much more sustainable compared to others like milk made from almonds, whose cultivation requires large quantities of water. As a result, serving it has become a challenge due to the supply shortage.

This flood of new milk substitutes has had a ripple effect because it is affecting other segments, especially the coffee and culinary ones. There are currently countless options, such as the plant-based creamers for die-hard coffee drinkers who have to have milk in their coffee.

Another of the new hybrid beverage launches involves plant-based milks. This is the case of Dairy Farmers of America (DFA), which has launched a line of products under its new Live Real Farms brand which combine cow milk with plant-based milk to offer what they call “the best of both worlds”. 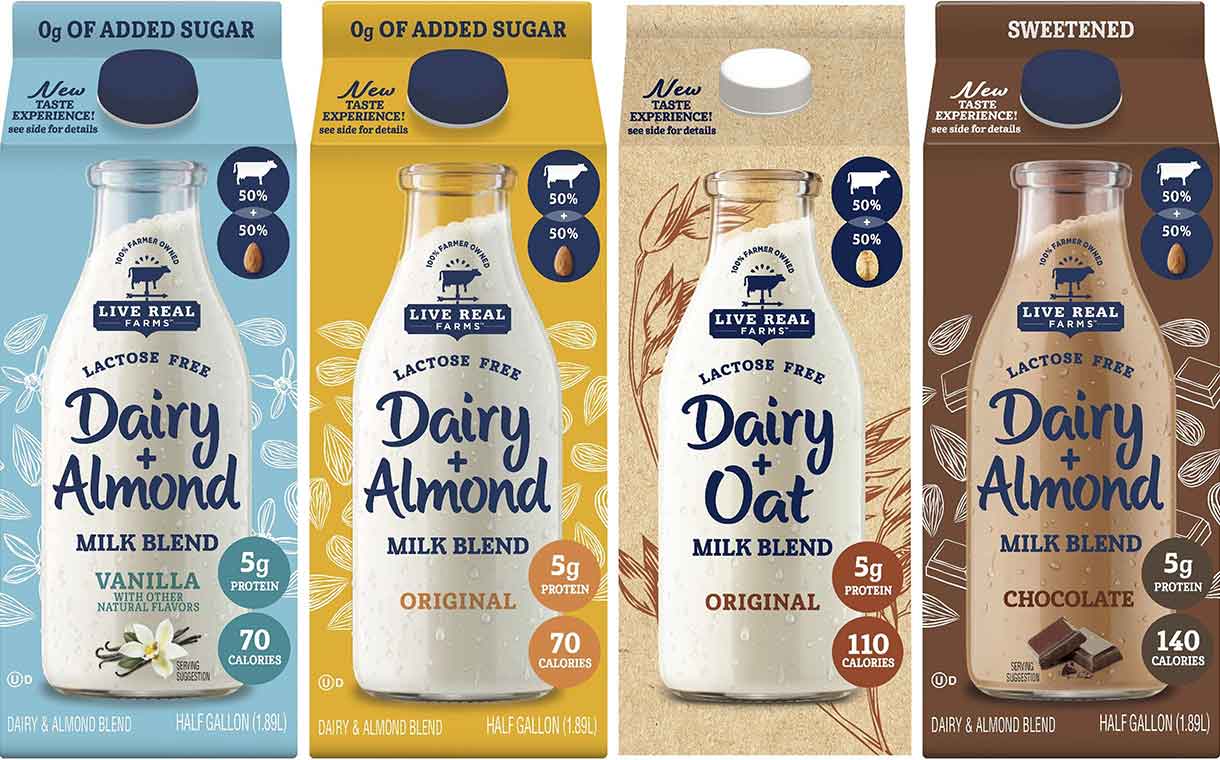 These flavoured waters have become a consumption alternative. Their hydrating and thirst-quenching capability, in addition to their properties and low calorie content, has made them very appealing to the public. Nonetheless, the “healthy” label hides numerous instances in which, to a greater or lesser degree, they contain ingredients like inverted sugar syrup, fruit juice made from concentrate (6%) or additives.

The biggest players are jumping on the bandwagon in order to address the needs of teenagers while giving their parents peace of mind. This is the case of Pepsico. The company recently launched Frutly, the hydrating beverage that fills the space of natural beverages with nutritional and hydration benefits without added sugars or artificial colourings.

Another very in-demand alternative is tea mixed with natural fruit juices and certain vegetables. The activator and properties of tea are making it the preferred snack beverage for different consumption groups.

4. Antioxidant tea with fruits or vegetables

This group includes other new products based on coffee with soft drinks or energy drinks with ginseng or guaraná. The international brands are now actively supporting these new hybrid beverages.

Water Joe was the first drink based on water with caffeine. It’s a healthier alternative to coffee and soft drinks or sugary energy drinks.

Coca-Cola is innovating with its new pioneering refreshing RTD coffee drink which is coming to the USA in various flavours. Under the slogan “sips like a coke, finishes like a coffee”, it’s available in several flavours mixed with Brazilian coffee: Coca-Cola with Coffee (Dark Blend, Vanilla and Caramel) and Coca-Cola with Coffee Zero Sugar (Dark Blend and Vanilla). All container sizes contain 69 mg of caffeine per 12 oz.