If hops are an essential ingredient in beer brewing at the industrial level, in craft brewing they are a key element when it comes to achieving the nuances that distinguish each product and make it unique and exceptional.

Hops are hot at the moment. You just have to glance at social media, e-commerce sites, supermarket shelves and beer menus in pubs to see that this ingredient is fundamental for the consumer. To the point that most options are chosen based on the hops used to brew them.

For approximately two decades no less, hop growers and suppliers have been testing and innovating to release exciting new varieties, types and subtypes never before seen on the market.

Nonetheless, the pace has slowed in recent months, especially in Europe, largely due to this summer’s harvest. The summer months this year were complicated for hop farming and ended up impacting the flavours in the can or bottle.

Nonetheless, and despite the current situation, hop experimentation has not ground to a halt, and neither has the release of new and exciting varieties in the industry.

One of the questions we should be asking ourselves is why continue experimenting with hops? Basically,

The big challenge: a long time-to-market

One of the big challenges for the craft brewing industry is time. A new hop variety takes at least a decade to reach the market; and, while it’s worth the wait, taking into account that it’s a key ingredient in beer, new hops aren’t released every day.

For the results to be completely satisfactory, we need to also add in the resting and aging times of some beer styles. Although it’s ultimately worth the effort, the creation of new products clearly requires tremendous effort.

Some of the new hop trends worldwide

Talus was pollinated by and is a direct descendant of the Sabro variety. It’s used for late additions and dry hopping. With high intensity, its overall personality makes it perfect for IPAs and related IPA styles (New England, Hazy, Imperial, Session, etc.) and for hoppy beers in general. It gives off an aroma of grapefruit with floral, woody, creamy, piny and resiny notes.

Vista, one of the most promising varieties

It has a very refreshing profile and combines very well with other hops, such as Mosaic and Citra.

While a very trendy hop, its ancestry can be traced back to 1915. But the world had to wait nearly a century, until 2004, for it be developed and even longer, until 2020, for it to be released commercially to see the sensations this hop variety causes. It passed through several generations of cross pollination, yielding the purely Australian Fuggle, Brewer’s Gold, Comet and Pride of Ringwood varieties until this one was achieved. 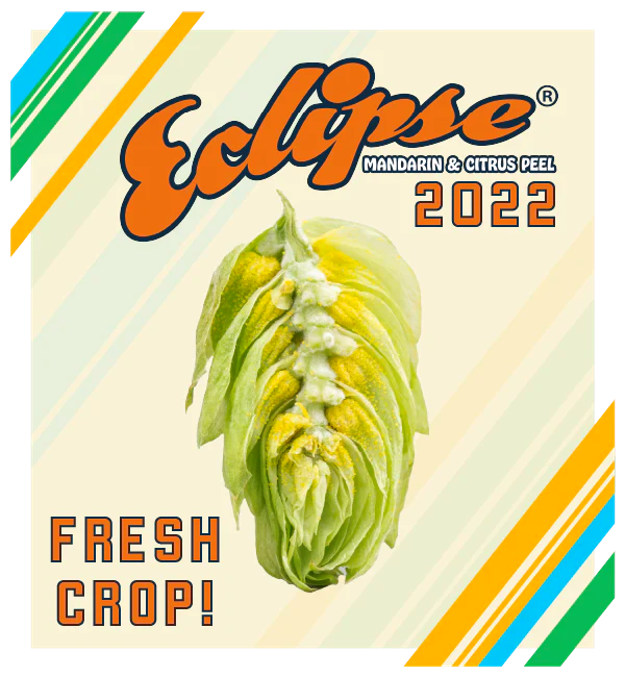 Eclipse is highly versatile and can be used during all beer brewing processes. When added to the whirlpool, it provides touches of sweet mandarin flavour and the intensity of citrus peel and fresh pine.

Nectaron (HORT4337) is a New Zealand hop variety that was developed by Plant & Food Research and is a full sister and very similar to the Waimea and Pacific Jade varieties. It was first bred in 2004, expanded between 2016-17, and finally released commercially in 2020.

Nectaron is used in late boil additions, including dry hopping. With intense aromas of tropical fruits like pineapple and passionfruit as well as peach and citrus (grapefruit), it works very well with Strong Pale Ales and IPAs.

Solero is a cross between the North American Cascade and popular German Hallertau varieties. This hop adds a very fruity flavour and a slightly spicy touch. It’s appropriate for light and refreshing beers, as well as hoppy beers.

It was released by Hopsteiner in 2019 as an aroma hop with touches of tropical fruits.

Elixir is a complex hop that’s capable of offering aromas of Cognac, leather, and tobacco, along with complementary touches of sweet citrus and tropical fruits. It’s well suited for darker and more intense styles.

France is not known for being a hop-producing country, but it became one in 2014 when it released one of its best known hops in the United States: Barbe Rouge. From that point on, it continued growing very interesting varieties.

The Harlequin variety is a daughter of Godiva. It seems to have been released as an alternative and substitute for Mosaic, and it has strong passionfruit, peach, and pineapple aromas.